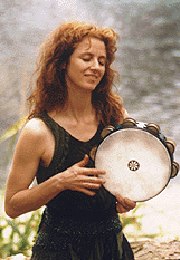 For the Ones who are really interested in the Ancient Wisdom about Women and Drum. A book you should read:
When the Women were drummers -author: Layne Redmond
It is often said that the first sound we hear in the womb is our mother’s heartbeat. Actually, the first sound to vibrate our newly developed hearing apparatus is the pulse of our mother’s blood through her veins and arteries. We vibrate to that primordial rhythm even before we have ears to hear. Before we were conceived, we existed in part as an egg in our mother’s ovary. All the eggs a woman will ever carry form in her ovaries while she is a four-month-old fetus in the womb of her mother. This means our cellular life as an egg begins in the womb of our grandmother. Each of us spent five months in our grandmother’s womb and she in turn formed within the womb of her grandmother. We vibrate to the rhythms of our mother’s blood before she herself is born. And this pulse is the thread of blood that runs all the way back through the grandmothers to the first mother. We all share the blood of the first mother – we are truly children of one blood. 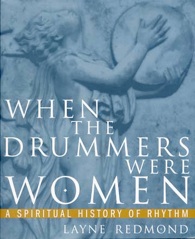